<— Back to Tomatoes (Solanum lycopersicum)

Tomatoes are believed to have been originally domesticated in North America, beginning first with the cherry tomato. The Aztecs were already growing them when Cortez arrived in the 15th Century.

The first tomatoes cultivated in Europe in the 16th century, were yellow cherry tomatoes.

The cherry tomato is a type of small round tomato believed to be an intermediate genetic admixture between wild currant-type tomatoes and domesticated garden tomatoes.[2] Cherry tomatoes range in size from a thumbtip up to the size of a golf ball, and can range from spherical to slightly oblong in shape. Although usually red, other varieties such as yellow, green, and black also exist.[3] Those shaped like an oblong share characteristics with plum tomatoes and are known as grape tomatoes. The cherry tomato is regarded as a botanical variety of the cultivated berry, Solanum lycopersicum var. cerasiforme.[4]

The cherry tomato is believed to be the direct ancestor of modern cultivated tomatoes and is the only wild tomato found outside South America.[5] The tomato is thought to have been first domesticated in the Puebla-Veracruz area of Mexico and to have reached this area from South America in the form of a weedy cherry tomato.[5]

The first direct reference to the cherry tomato has to appear in 1623, in a work called Pinax theatri botanici (“Illustrated exposition of plants”) by Swiss botanist Caspar Bauhin, which contains descriptions and classifications of approximately six thousand species. In a section on “Solanum” (nightshades), Bauhin wrote of a variety called “Solanum racemosum cerasoru[m] forma,” which translates to “Solanum [that is] full of clusters [racemosum], in the form (shape) of cherries”.[6]

Cherry tomatoes have been popular in the United States since at least 1919.[7] Recipes using cherry tomatoes can be found in articles dating back to 1967.[8]

Sow seeds indoors into sterile seedling mix 6-8 weeks before your last spring frost. Plant, water lightly, and cover with plastic or a dome to keep the seeds from drying out. When the first set of true leaves has emerged, up-pot into 3-4 inch pots and place in an area with full light and cooler temperatures (60-70°F). This will help prevent legginess.

(NOTE: This is the standard recommendation for growing heirloom tomatoes, given by everyone from the First Lady down to the hobo on the park bench down the street, including many professional growers, biologists and prize winners. We have no quarrel with these methods. They have worked well for a long time for a lot of people.

BUT: we have a relative who used to be a produce farmer in the Ozark Mountains of Arkansas during the Depression. He once told me “It’s a seed, fer cryin’ out loud. Plant it in the ground where you want it to grow.” This is the planting method we use here for every seed. All of our tomatoes, peppers, eggplants and every other variety began life in our gardens as a seed in the dirt, right where it spends its entire life growing up.

We feel that this results in more naturally vigorous seeds that thrive under difficult conditions and fight to stay alive. Your mileage may vary. Use whichever method suits you best. All we are saying is don’t be afraid to explore other methods, and see what results you get. That, too is part of gardening, as in so much of life.)

Water carefully, allowing the soil to dry on the surface between watering, but don’t let the plants wilt. Fertilize with fish emulsion or equivalent nutrient-rich feed every 10-14 days.

Cherry Tomato Varieties in Our Catalog 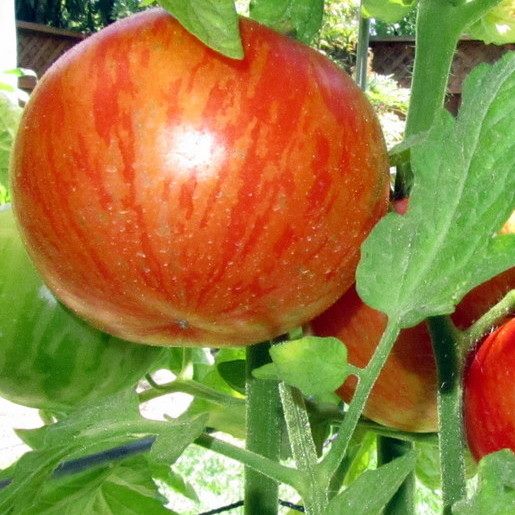 Next up on the January Hit Parade will be our Sonoran Flair beefsteak tomato, a medium-sized sandwich slicer, smaller than some beefsteaks, maybe tennis-ball-sized. This variety is selected from F8 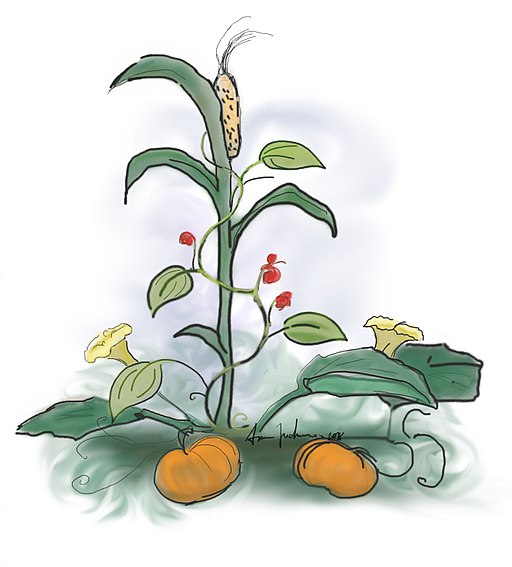 One of the most famous farming methods utilized by the indigenous tribal peoples of North America is called The Sisters. Three Sisters Planting refers to corn, providing support for pole