The bell pepper (also known as sweet pepper, pepper or capsicum /ˈkæpsɪkəm/)[1] is the fruit of plants in the Grossum cultivar group of the species Capsicum annuum.[2][3] Cultivars of the plant produce fruits in different colours, including red, yellow, orange, green, white, and purple. Bell peppers are sometimes grouped with less pungent pepper varieties as “sweet peppers”. While they are fruits—botanically classified as berries—they are commonly used as a vegetable ingredient or side dish.

Peppers are native to Mexico, Central America, and northern South America. Pepper seeds were imported to Spain in 1493 and then spread through Europe and Asia. The mild bell pepper cultivar was developed in the 1920s, in Szeged, Hungary.[4] Preferred growing conditions for bell peppers include warm, moist soil in a temperature range of 21 to 29 °C (70 to 84 °F).[5]

Contents
1 Nomenclature
2 Colors
3 Use as a food
4 Production
5 See also
6 References
Nomenclature
The name pepper was given by Europeans when Christopher Columbus brought the plant back to Europe. At that time, black pepper (peppercorns), from the unrelated plant Piper nigrum originating from India, was a highly prized condiment. The name pepper was applied in Europe to all known spices with a hot and pungent taste and was therefore extended to genus Capsicum when it was introduced from the Americas. The most commonly used name of the plant family, chile, is of Mexican origin, from the Nahuatl word chilli.

The terms bell pepper (US, Canada, Philippines), pepper or sweet pepper (UK, Ireland), and capsicum (Australia, India, New Zealand, Malaysia, Pakistan and Sri Lanka) are often used for any of the large bell-shaped peppers, regardless of their color. The vegetable is simply referred to as a “pepper”, or additionally by color (“green pepper” or red, yellow, orange, purple, brown, black).[6] In the Midland region of the U.S., bell peppers when stuffed and pickled are sometimes called mangoes.[7]

In some languages, the term paprika, which has its roots in the word for pepper, is used for both the spice and the fruit – sometimes referred to by their colour (for example groene paprika, gele paprika, in Dutch, which are green and yellow, respectively). The bell pepper is called “パプリカ” (papurika) or “ピーマン” (piiman, from Portuguese pimentão) in Japan.[8] In Switzerland, the fruit is mostly called peperone, which is the Italian name of the fruit. In France, it is called poivron, with the same root as poivre (meaning “pepper”) or piment. In Spain it is called pimiento, the masculine form of the traditional spice, pimienta. In South Korea, the word “피망” (pimang from the French piment) refers to green bell peppers, whereas “파프리카” (papeurika, from paprika) refers to bell peppers of other colors. In Sri Lanka, both the bell pepper and the banana pepper are referred to as a “capsicum” since the bell pepper has no Sinhalese translation.

A variety of colored bell peppers
The most common colors of bell peppers are green, yellow, orange and red. More rarely, brown, white, lavender, and dark purple peppers can be seen, depending on the variety. Most typically, unripe fruits are green or, less commonly, pale yellow or purple. Red bell peppers are simply ripened green peppers,[9] although the Permagreen variety maintains its green color even when fully ripe. As such, mixed colored peppers also exist during parts of the ripening process.

Chef chopping bell peppers
Like the tomato, bell peppers are botanical fruits but culinary vegetables. Pieces of bell pepper are commonly used in garden salads and as toppings on pizza or cheesesteaks. There are many varieties of stuffed peppers prepared using hollowed or halved bell peppers. Bell peppers (and other cultivars of Capsicum annuum) may be used in the production of the spice paprika.

Bell peppers are 94% water, 5% carbohydrates, and negligible fat and protein (table). They are rich sources of vitamin C, containing 97% of the Daily Value (DV) in a 100 gram reference amount (table). Their vitamin B6 content is moderate (17% DV), with no other micronutrients present in significant amounts (table). Red bell peppers have approximately twice the vitamin C and eight times the vitamin A content than green bell peppers.[10]

The bell pepper is the only member of the genus Capsicum that does not produce capsaicin, a lipophilic chemical that can cause a strong burning sensation when it comes in contact with mucous membranes. They are thus scored in the lowest level of the Scoville scale. This absence of capsaicin is due to a recessive form of a gene that eliminates the compound and, consequently, the “hot” taste usually associated with the rest of the genus Capsicum. This recessive gene is overwritten in the Mexibelle pepper, a hybrid variety of bell pepper that produces small amounts of capsaicin (and is thus mildly pungent). Sweet pepper cultivars produce non-pungent capsaicinoids.[11]

Production
China is the world’s largest producer of bell and chile peppers, followed by Mexico, Turkey, Indonesia, and the United States of America.

Having a hard time finding prepping events like trade shows, conventions, fairs and the like? Head over to the Round Valley Preparedness Fair come September 24… There’s a little something 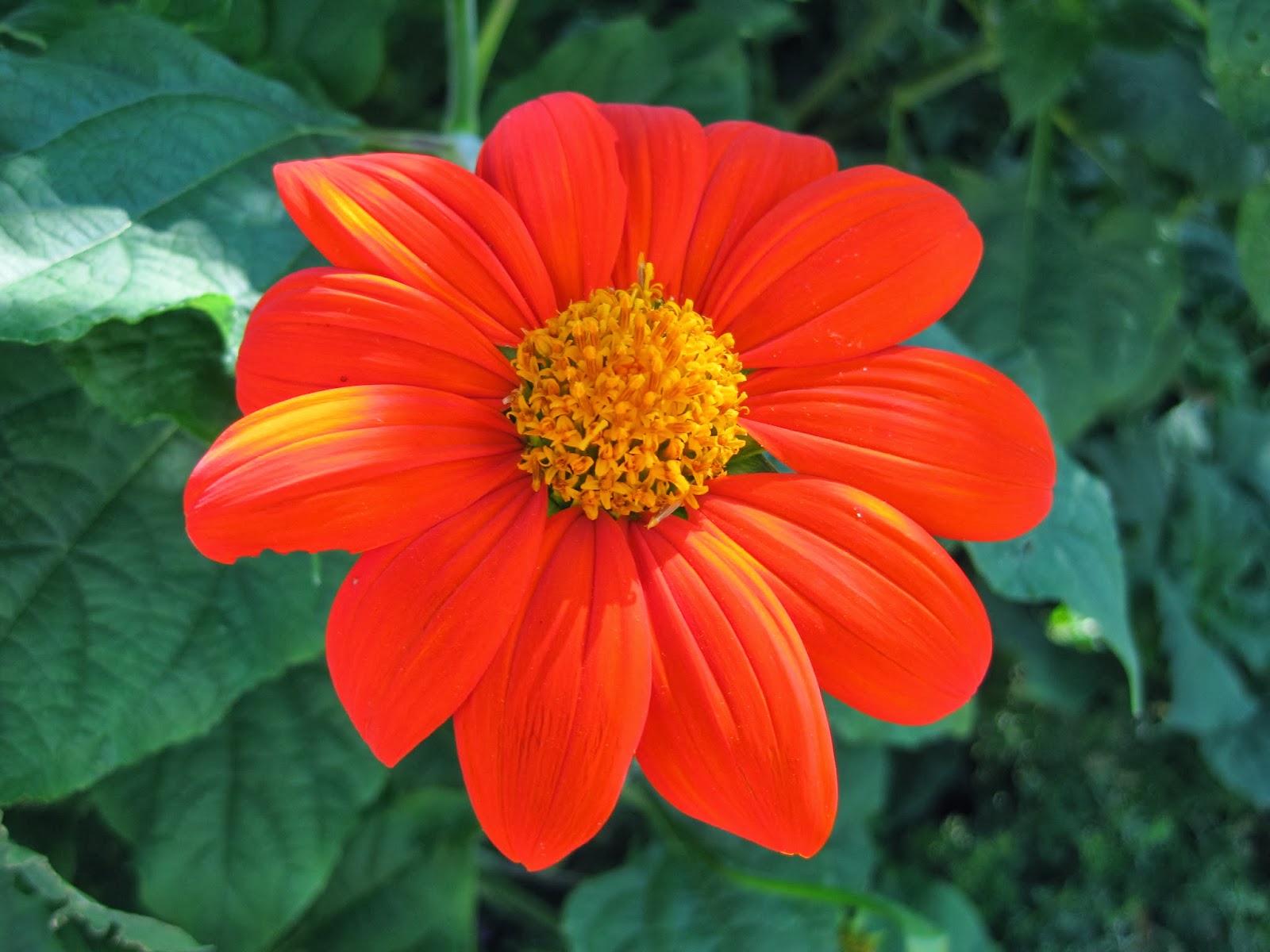 The Mexican Sunflower (Tithonia Rotundifolia) is a different plant than the better-known Common Sunflower and its developed varieties (Helianthus Annuus). This flower doesn’t produce the same kind of edible seeds,